If you pay by the month for music, your kith and kin might call you crazy behind your back. Isn’t that stuff free?

On the other hand, if you are a subscriber, you’ve probably realized that if you like music, you could do worse than to pay $10/month for 20 million songs. Accessing those same songs for a year via iTunes would cost you about $20,000,000 (keep the receipt). If you like music, and most people do, using a subscription for the first time is like being a kid in a candy shop with unlimited pocket change and no parental pressure about cavities or metabolism.

iTunes sales ramp up significantly in January, as children, parents, colleagues, and other iTunes gift card recipients head to Apple’s digital store to buy music, apps, and books with their gift cards. As the above example demonstrates, you can actually give someone just about all the music in iTunes for much less, by purchasing them on-demand music access instead.

Note! Before you give someone a music subscription, make sure they have a smartphone or tablet that has an app for the service you’re choosing. Otherwise, your giftee might as well be using free Spotify on the desktop. Also, all of these subscriptions cost basically the same: $10/month.

Apple's Airport Express is easy to use, and puts all of this music on your giftee's stereo.

Also! If you’re giving this music to someone who has a smartphone or tablet, and also has a stereo system or speakers, you should give them an Airport Express too (pictured), because that’s the cheapest acceptable way to zap music from iOS or Android to a stereo system. (If you have more money to spend, get them Sonos instead.)

Assuming the above hardware hoops have been jumped through, here’s how to give someone a year (or less) of 20 million or so songs in all of the major music services available in the author’s home country of the United States, in alphabetical order (perhaps next year we can include Deezer).

One more thing! If you already use one of these, pick that one, obviously. This will help you spend less of 2014 on digital music tech support.

You can buy gift cards here in increments of  $10, $25, or $50, which can be applied to a Google Play Music All Access subscription or anything else sold by the Google Play store. This is a great choice for listeners who are trying to migrate from iTunes to the cloud.

Don’t do it this year. MOG is relaunching as Beats Music, and we don’t really know what that is yet.

You can buy gift cards here in increments of $10, $25, $50, $100, or any other amount. That means if you want to buy them exactly one year of music you can. Also, if you’re trying to give unlimited music to a whole household, Rdio offers family plans, stretching those dollars a bit farther, while making each recipient feel like they have their own account.

Helpfully, Rhapsody offers gift cards here in month denominations, rather than in dollar amounts, so you can choose 1, 3, 6, or 12 months without wasting pennies.

You can buy Spotify for someone else here, in chunks of 1, 3, 6, or 12 months, as with Rhapsody, so you don’t need to leave pennies on the table. Also, this would be an especially good option if the person you’re thinking of giving it to already uses Spotify, but doesn’t have a premium account. 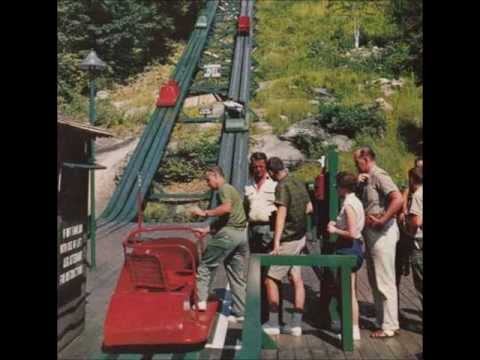