After the IFPI dropped the bombshell (.pdf report) that Japan is catching up to the United States and could surpass it as the world’s most valuable music market, people have been trying to figure out why that might be.

Japan has 41 percent as many people as the United States, according to the latest population figures. How can they spend possibly as much or more on music? One possible answer emerged on Digital Music News’ comments section: that anti-piracy laws in Japan including jail time for copyright infringement are responsible for Japan’s music revenue uptick.

“Japan introduced jail sentences for illegal downloaders in 2012,” says an anonymous commenter. “Now, we see the consequence[s]. And they are exactly as predicted.”

Just one thing:  Japan didn’t pass that law until June 2012 and didn’t implement it until October, so we can’t ascribe the whole trend to that. So, what factors are at play here? How is Japan able to make so much more money, per capita, from music, than the U.S. music industry does?

Evolver.fm asked Alan Swarts, a former VJ for MTV Japan and 17-year veteran of the company (most recently as vice-president of creative and content), to explain why this might be. His expertise is elucidating. Like all of our guest opinions, this post, which comes on the heels of our exploration of Japan’s hottest music apps, has been edited.

1. Things are more expensive in Japan

The price of CDs hasn’t changed at all for over a decade (possibly more), although most releases these days have bonus content like DVDs or bigger photo booklets to justify the price. Prices for music products have always been legally protected from discounting — the prices are actually printed onto the product itself, so historically, there has never been any retail price war to drive prices down. The equivalent of Best Buy or Walmart cannot sell CDs at a deep discount in order to get customers in the door. (The same price fixing is also true of books and DVDs, which I believe is the reason those industries too are enjoying a robust physical business.)

Many CDs these days include a bonus package, like a CD/DVD combo. Artists who have a rabid following (boy bands, female idols, and K-pop groups) will go even further and release multiple versions of one product — for example, a single album could come in three physical versions:

The loyal fan needs all three versions of an album to complete the collection, with each one priced at 30 bucks or more. Sometimes, they’re just buying another version for alternate cover art. It’s not cheap being a dedicated music fan in Japan.

TVXQ, the biggest K-pop group in Japan, released three different versions of their 2013 album, Time, and three versions of  their 2011 album, Tone. And girl group AKB48 had the top-five-selling singles of 2012 [the article quotes Swarts], and is an interesting study because their CDs are not just recorded music but currency for something else,  like entry tickets for a meet-and-greet with the artist, or voting tickets for the annual election where fans pick a lead vocalist is for the upcoming single.

Although the Recording Industry Association of Japan are understandably pleased about Japan’s music market becoming #1, they should worry about the future. The current size of the market is due largely to a handful of acts who have obsessive fans willing to buy three different versions of an album, or 100 copies of an AKB48 single, because it gets them 100 votes for their favorite girl in the election. The market will shrink when these acts wane in popularity and the value-added CD scheme no longer works.

There has been no Napster, no Bit Torrent, or anything similar, that was embraced by the Japanese youth. It could be that Japanese people are generally honest — or [we like this theory], it could be that the preferred mode of netsurfing for Japanese young people has always been the phone, which won’t allow much file sharing.

Whatever the reason, illegal downloading is/was not as debilitating to the music market as it was elsewhere. Most people still buy (or rent) music from legitimate sources, and pay full price. Japan wasn’t immune to decreasing physical sales, but for many years, that gradual decline was countered by a growing mobile download market — with full-length songs selling for approximately $4. There is concern about the digital future now, because the feature phone download business is tanking as everyone migrates to smartphones. Meanwhile, smartphone music downloads are not growing at the same pace.

5. Physical rules because digital is still in its infancy

Mobile sites selling select singles at $4 a pop was okay. Letting iTunes or an equivalent build a library of music to rival that of a physical retailer was not okay. ITunes launched in Japan in 2005, but it wasn’t until 2012 that Sony Music Japan licensed its Japanese repertoire to Apple, meaning that iTunes Japan had been missing a significant chunk of the Japanese music scene for several years.

Subscription services still face major hurdles, too. Multiple music subscription services have been working on launching in Japan, as well, but there are still major holdouts. Meanwhile, Sony’s Music Unlimited launched with an enormous international catalog, and also has Sony Japan material, but has nothing from Japanese major label Avex, which seems less cooperative with other platforms now that it has its own music/movie streaming service, called Uula. Conversely, Uula has no songs from Sony Japan. Recochoku is operated by a consortium of local labels, which gives it the best chance of becoming the default digital choice. However, it has a comparatively small catalog at around one million songs, and makes it a point to explain that they focus on having recognizable J-Pop hits.

The bottom line is: There is no digital service that is so complete that it makes consumers think they can abandon CDs and go entirely digital. And that’s probably how the industry likes it.

What’s next: Japan’s dream is to go global 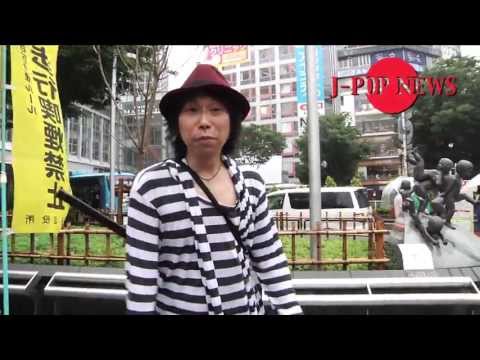 If breaking Japanese music in foreign markets is a priority, more labels should work with companies like Spotify, so that fans of White Stripes might find out about the Japanese guitar/drum phenom Miyavi, for example.