Recording artists often publicize that they were headed into the recording studio. A web, or more recently, Twitter update sends fans into a tizzy of excitement, even if the band hasn’t written or recorded anything yet. In part because digital music makes it possible to release something everywhere in an instant, and in part due to reasons unknown, more and more artists these days are choosing instead to record in secret, and then surprise everyone with a new release.

Kanye West did it on May 17, returning to Twitter after having deleted all of his tweets, with just the since-deleted words: June Eighteen. Surprise! It was Seventeen (the full album is now available for $12 as a download, and people are saying good things about it).

The album itself leaked at one point after that announcement, but at least nobody even knew he was working on one. There’s nothing stopping an artist from keeping a new record hidden until, well, whenever, then springing it on everyone with a browser and a credit card.

This trend has been building. You might remember Radiohead’s 2007 In Rainbows for letting fans choose their own price. In the following four years, it wasn’t a stretch to speculate that the band was working on new music, but fans and the media alike were in the dark. Radiohead announced The King of Limbs on February 14th, 2011 – five days before releasing the whole album, digitally, with CD pre-orders. The digital version sold between 300,000 and 400,000 copies before the CD even came out, according to Rolling Stone, which is pretty good for 2011.

Earlier this year, Justin Timberlake’s The 20/20 Experience managed to keep an album secret within the major label system. Timberlake’s manager, Johnny Wright, knew as early as 2010 that his famous client intended to record an album, according to Billboard. He was reportedly blindsided when, in June, 2012 Timberlake revealed that twenty days in the studio with Timbaland, supposedly about a mixtape recording session, were spent completing a record.

The cloak of secrecy was so tight that his publicist denied he was working on anything, and Timberlake refused to disclose the codename for the project, even after the fact. The 20/20 Experience, whose single coincided with a MySpace relaunch, debuted at the top of the Billboard 200 and sold a staggering (for these times) 968,000 copies in its first week, holding down the top of the charts for three weeks in total.

Fall Out Boy went even further, in denying that they were even a band while working on their Save Rock & Roll album. Members Pete Wentz and Patrick Stump stated publically that the band had no plans to get back together, but regardless, they recorded in secret from October 2012 to March 2013, with a single released in mid-March and an album quickly thereafter. Save Rock & Roll surprised music journalists, topping the charts with 154,000 copies in its first week. Rolling Stone called it a “rather stunning renaissance.”

David Bowie blew minds on March 8th with The Next Day, recorded in secret over the course of two years and was announced and released on the very same day. Some fans had even believed he had retired before finding out about it. Even when people were tweeting pictures of Bowie walking around Manhattan, nobody spilled the beans on the record. The Next Day went on to top the charts during its release in the UK and also garnered Bowie his highest charting album on the US Billboard.

Daft Punk also played its hand at this game. Having released nothing since their Tron movie score, the band revealed on February 26th that they had signed with Columbia Records and would release an album that very spring. The French electronic duo then released 15-second song teasers as ads during Saturday Night Live to maintain hype until the album’s May release date, as fans eagerly awaited the album’s successful iTunes premiere.

This promotional strategy banked on minimizing direct exposure to the album before its release, essentially creating an information vacuum — and if nature abhors a vacuum, the internet loves to fill in an information vacuum. Daft Punk’s manager Paul Hahn told the Wall Street Journal, “there is a minimalism in our approach that creates an absence of information, and we notice our fans tend to throw themselves into the breach, or try to fill the empty spaces.”

Creating an information vacuum is already a tried-and-true technique for hyping a record. Ironically, or perhaps not, sometimes it’s a lack of information that really carries a message in these information-rich times. 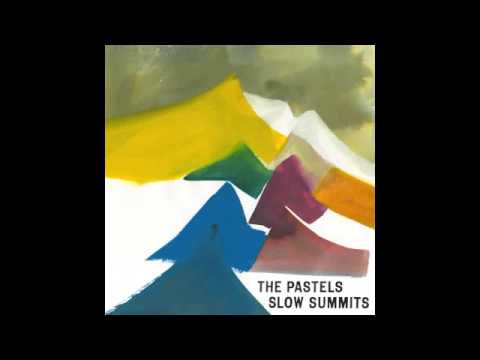