In a way, Vio reminds us of those old advertisements that depicted a brain on drugs as an egg frying in a pan. In this case, it’s your iPad, iPhone, or iPod Touch on drugs.

This novel $3 app for iOS grabs audio from the iPhone’s microphone and applies reverb, delay, and other effects listed below, so that when you wear your headphones, everything around you sounds, for lack of a better word, trippy. It’s designed to be sung into, and then invites the singer to drag their fingers around the screen in order to alter the sound of their voice, turning it into a sort of instrument: 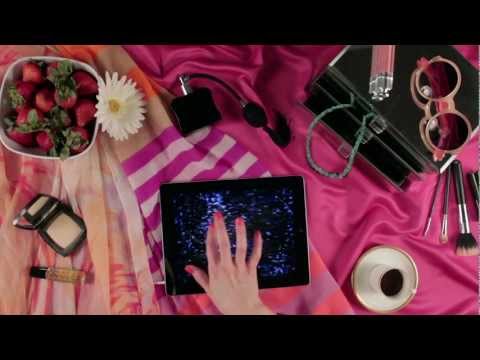 “We have focused our attention on applications for the human voice and how it can be used intuitively to create music,” Vio’s creators jointly told Evolver.fm in an email interview. “While no one seems to have a problem singing in their car or shower, performance anxiety does keep most from ever really scratching their own vocal itch. In addition, our prior experience with designing products to work within the challenges of the iPhone and iPad screen motivated a complete rethinking of how the user should interact with these devices… We wanted to completely eliminate knobs, sliders and keys and even the concept that there is a ‘right’ or ‘wrong’way to use it.”

You might have to be on drugs to shell out three dollars for an app that lets you drag little dots around on a screen to mess with samples of your voice — but if you do, here’s what’s going on inside the app audio-processing-wise:

“Vio uses a unique combination of pitch-correction, harmonization, vocoding, and frequency domain processing to achieve a broad palette of sounds,” explained its creators. “When you sing into the mic, your voice is analyzed to determine its pitch. Vio then pitch-corrects, transposes, and harmonizes the vocal input signal to realize a pattern of notes. You change that pattern by moving the vortex around the screen.”

“There are five template patterns in each colored layer, one in the middle and one in each corner, and moving the vortex morphs the output pattern between these template patterns. This scheme may sound abstract, but in practice it offers easy gestural control over a broad range of textures and patterns. Vio also alters the amplitude of individual harmonics, which can create surreal organ-like timbres and flanging effects. Standard processing like distortion, delay, and gating are applied to various degrees prior to output.”

This is neat, but for hardcore iOS music-makers, there’s a new twist. Evolver.fm has learned that Vio is in the process of adding Audiobus compatibility, meaning that you’ll soon be able to use it as an instrument within other apps for effects and recording — all within iOS.