First we collected music objects, then we hoarded MP3s to the point that many of our computers’ music collections became so huge and labyrinthine as to become almost useless. Now that most active music fans play music from the cloud as much or more than we access our local libraries (remember iTunes?), we music fans have a big opportunity to collect music in a way that makes sense again.

It’s too bad nobody’s letting us do that. (Update: Here are some tips though.)

We haven’t conducted a study about this, but we have a feeling most people who care about music listen to a diverse mix of sources including YouTube, Rdio/Spotify/Rhapsody/MOG, streaming radio services, SoundCloud, Hype Machine, television, radio, live music, and the songs that are stuck in their heads.

We don’t have an answer for that last one, but for everything else, can we please have a way to collect music again?

The on-demand music service Rdio has long been aware of the value of “collecting” digital music within a near-infinite catalog of music, with a feature called “Add to my collection” that lets you store your favorite records from the millions and millions of songs in your profile. It works perfectly, if all you use is Rdio, which you don’t.

Spotify, which originally spurned the idea of a collection in favor of playlists, followed Rdio’s lead in the new version it teased last December in Manhattan, some of which is now live. Any time you Star, buy, import, or add a song to a playlist, it goes into your Spotify Library.

That’s great, but it doesn’t solve the problem of collecting from a fan perspective. Streaming radio services tend to include iTunes links, which made perfect sense ten years ago, and but doesn’t translate to today’s situation, in which all of our music is scattered all over the place. Here’s my SoundCloud collection. Here’s my Rdio collection. Will the twain ever meet — not to mention all the other apps and sites where I listen to music, of which there are too many to recall? What should replace those iTunes links as the “collect” button across the internet?

I also have vinyl, CDs, and tapes. MOG lets me take pictures of those to import them into my collection there, and if I bought them from Amazon, Jeff Bezos and pals will make sure I have those in my Amazon MP3 account — now I can play them on my Sonos without ripping or recording a thing. To listen to them, I have to remember that they are in my Amazon MP3 account.

Oh, and of course sometimes I walk around in the real world, or watch television. In those cases, I typically use Shazam (see our test of Shazam-like apps) to identify the songs I like, and that app lets me share them via Twitter and Facebook or watch the YouTube video. I also watch television sometimes. I caught a great little dreampop tune on an episode of Yo Gabba Gabba that a diminutive relative was watching, by The Postmarks. I had to email myself the name of the band to “collect” it.

We hear music everywhere, but we can’t collect it in any real sense, which is annoying, because having a well-manicured library of alphabetized music that you love rules, and almost nobody has been able to do that properly since the ’90s.

Technology is a great friend to the music fan, but a listening feast has translated to a collecting famine.

I don’t purport to have the answer, but one big database of all the music in the world would be a good start. Project Rosetta Stone is a promising development (from The Echo Nest, which publishes Evolver.fm), because it lets app developers ensure that the artist they’re linking to on Rdio is the same one they’re including tweets from, and performs many translations between services too, because they all use different numbers to identify the same songs. Then there’s Tomahawk, which lets people share music with each other and have it play on their services of choice. It even has a web-embeddable version, which we used to present the best music of 2012.

These are all steps in the right direction, but maybe we need some sort of non-profit start-up, which every music service, site, and app would magically agree to implement, where our music could live — or, rather, the metadata representing that music, which could be pulled from services using Rosetta Stone or something else — so that you could apply it to whatever you’re using. No matter where you are on the cloud, in the real world, or on the couch watching television, you’d have a way to add that music to your collection. Add a song to your Rdio collection? Like it on YouTube? Your collection would know.

Maybe App.net is part of the solution. This probably is a good time to mention that we have 50 free invites to that.

Music fans today enjoy the best discovery tools ever available, since the dawn of time. We also suffer from the poorest ability to collect all of that music in a way that makes any kind of sense.

As an example of the problem, I recently “hearted” a beautiful song, Popol Vuh’s “Morgengruß II,” on jwmcglone’s This Is My Jam page. That action didn’t put it in my “collection,” because my collection is really a collection of collections, and they don’t talk to each other enough.

In fact, I would have forgotten about this song completely, if I didn’t come across the draft for this article. We’re losing so much, every day, by not being able to collect music anymore. 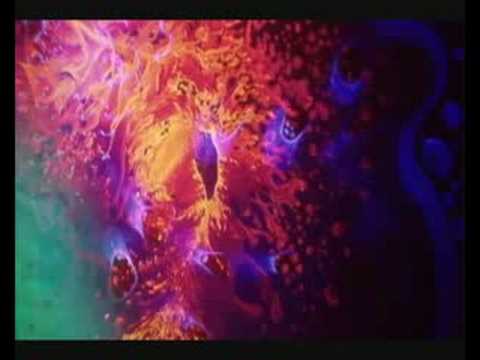