As the editor of this thing called Evolver.fm, it gave me great pleasure to appear alongside Ben Sisario of the New York Times and Andy Malt of CMU on the episode 129 of Digital Music Trends. 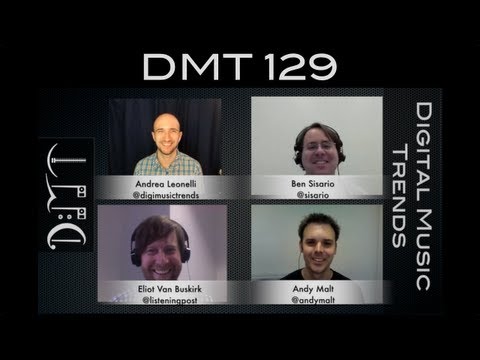 And here’s the audio-only version:

If you liked that, you might check out my previous appearance there, in which we covered Spotify and the weird trend of people Liking bands to appear cool but then unfollowing them because they don’t “lowercase like” the bands — they just want to appear as if they do.