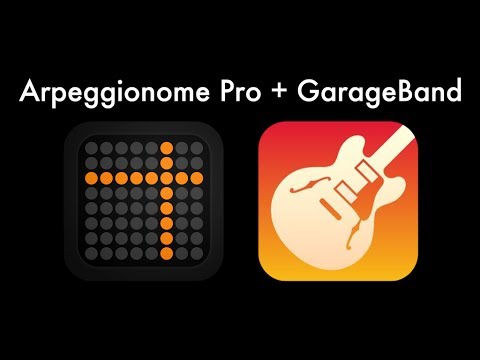 Music Hack Days, where techies take time off from their freelance gigs and day jobs to build all sorts of weird and wonderful stuff out of APIs and hardware, are lots of fun — in part because the point isn’t to make a commercial release. It’s to make something cool.

That doesn’t mean something cool can’t be released. Arpeggionome and Arpeggionome Pro emerged from the work of one Alexander Randon at Music Hack Day SF 2012 (demo video videos above and below). Randon’s creations are native iPad instruments — by which we mean they’re designed to be played on the iPad, unlike, say, virtual drum sets or guitars, which are typically small, inferior versions of the real thing.

The X-axis controls the main pitch of the instrument, and the Y-axis makes leaps up or down from there in a way that makes sense harmonically — and you can configure the harmonics. Confused? Don’t be — it sounds good, and the instrument isn’t that complicated once you see it in action (below). Plus, the app includes contextual help menus that tell you what stuff does, as you go.

Following its inception at Music Hack Day SF, Arpeggionome is now available at one of two premiums in the iTunes app store: $5 or $20. We interviewed Randon with real-time text chat and asynchronous email.

Eliot Van Buskirk, Evolver.fm: What made you want to combine a Monome and a Kaoss Pad in the first place [to create the earlier Kaossonome]?

Alexander Randon, Alexandernaut: I thought it would be awesome to control Monome patches with a touchscreen. This was pre-iPad (2010), so I built a hardware controller to achieve this, which I called the Kaossonome.

Evolver.fm: For the uninitiated, can you explain what a Monome is, or what it is to you?

Randon: The Monome, by Brian Crabtree and Kelli Cain, is simply a grid of buttons and lights that you connect to a computer. The function of the buttons and representation of the lights is reconfigurable, meaning (in this case) it depends on software running on the computer. This blew my mind at the time (still does). A physical interface, with familiar components, that can do anything you can imagine. So cool.

Randon: Music Hack Day is amazing! A weekend of hacking with inspiring people, new tech, free food, and crazy energy. I’d do it every day if I could.

Randon: The support I received at Music Hack Day was definitely the catalyst. It’s an amazing feeling when people you admire express interest in your work. Also, endless hours of work post Music Hack Day, and the ease of publishing to the App Store.

Evolver.fm: What’s your advice to other hackers who want to turn their ideas into commercial apps?

Randon: Always keep the end-user in mind (ideally you are the end-user), address every detail, and test features in extreme conditions.

Evolver.fm: How might a musician use the apps? And what about non-technical, non-musical types… can they get their heads around it, or is it strictly for people who know what they are doing?

Randon: Both. Arpeggionome and Arpeggionome Pro turn your iPad into a new handheld musical instrument. You design intricate patterns of musical notes, then trigger those patterns at different pitches and speeds with an xy-matrix (x-axis sets pitch, y-axis sets speed). Also, thanks to the iPad’s accelerometer, you can tilt the iPad to apply Pitchbend, Tremolo, and more.

Among other additions, Arpeggionome Pro features a rock-solid MIDI implementation, allowing you to control other iPad Music Apps (like Animoog, Magellan, and GarageBand), external hardware synthesizers, and software synthesizers on your computer. Arpeggionome Pro can also be used remotely, meaning you can trigger patterns with a piano keyboard or with software like Ableton Live.

Both apps include built-in documentation, so it’s easy for users from any background to get going. Also, since the instrument can be set to a specific scale, it can always sound good (harmonically) if you want it to.

Evolver.fm: What has the response been like? Are people prepared to pay $5 or $20 for something that does what it would take hundreds of dollars’ worth of hardware to create?

Randon: The response has been great, and with well-known companies like Moog, Korg, and Native Instruments becoming more and more active on the App Store, the response seems to getting even better.

Randon: New apps are in the works! A new iPhone app in a few weeks, and a new iPad app in a few months. For updates, please see @alexandernaut.

Thanks so much for your interest, and thanks to everyone involved in Music Hack Day :] 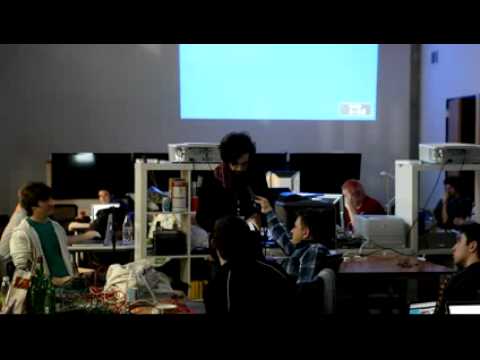