We’ve seen apps that let you “play” guitar — probably too many of them, frankly.

We’ve also seen fretboards that light up, ostensibly to help you learn the instrument.

On top of that, we’ve seen tutorials of all shapes and sizes from apps to videos, as guitar teachers take to the internet, the better to hawk their techniques to a worldwide audience.

But so far as we can tell, there’s only one gTar, which started as one of countless ideas on Kickstarter, and, at one point, ended up in my hands. Further proof that it is not vaporware: Its manufacturer, Incident, started taking preorders on this iPhone-embedding guitars earlier this week

We want to get to the video, so we won’t rehash all 10 reasons gTar justifies the hype it received last year — suffice it to say that gTar is real; it works; and you can pre-order one for delivery this spring if you have four bills and a desire to learn to play an iPhone guitar — or possibly even perform one on stage (gTar is compatible with a wide variety of music apps – even Ableton).

Here’s a video of the gTar being manufactured in “factory to the world” Shenzhen, China, which Incident says it shot in December. Incidentally, the video features a musical soundtrack from Incident EO Idan Beck: 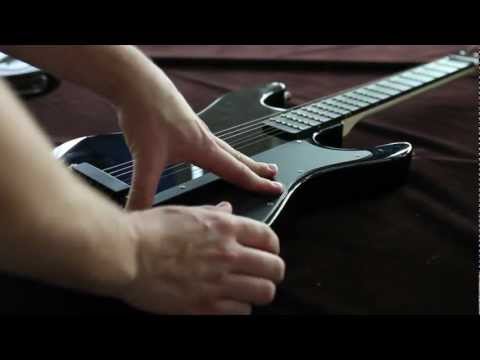