People are talking, again, about “unbundling” television programming. Most of them fail to understand that television networks, cable companies, and satellite providers hold almost all the cards — and they like the game just the way it’s played now, thank you very much.

It’s not because they’re evil, or don’t want you to be happy. There is merit to the idea that if I pay a little bit for your bass fishing channel, you have to pay a little for my IFC, which is how bundling works, as much as the digerati seem to want to buy their television a la carte.

The only way this situation will change is not if Apple creates a magical set-top box with television menus that make sense, but rather if people gravitate towards video programming that doesn’t come through the usual channels.

Of course, that’s already happening to an extent, though most of the “premiere” shows are still relegated to bundled cable or satellite subscriptions. Set-top boxes like Apple TV, Roku, Boxee, XBox, Wii, PlayStation, and so on offer the potential to deliver content around the usual bundle barricades, assuming the people making the content choose to put it there — and those people will likely to be other people than the ones who have traditionally put stuff on your television.

Even Louis C.K., widely celebrated for selling stand-up specials directly to fans and taking a big pay cut to maintain creative control of his television series, puts that series on the FX channel as part of a bundled plan.

This is one reason we’re intrigued by today’s news that Microsoft has inked a deal with Onebeat.tv to stream exclusive video content straight to the XBox for free, with advertisements. Forget those pipe dreams of cable and satellite companies going against their economic interests and unbundling shows just because you want them to; this is unbundling really looks like, at the beginning anyway.

“Like Rock n’ Roll and Hip Hop before it, EDM is now the dominant soundtrack of the global youth audience,” said OneBeat CEO Mikhail LaPushner. “We’re excited to partner with Microsoft to create an exclusive, EDM entertainment app for Xbox Live that will provide fans with tons of great music and original content as well as offer brands a direct and powerful conduit to reach this dynamic, passionate and engaged demographic.”

“Teaming with OneBeat allows us to further that mission by creating a one-stop electronic dance music destination for fans to celebrate and explore their passions on Xbox,” said Xbox Live entertainment and advertising general manager Ross Honey. “With EDM-specific programming and live events, we expect the OneBeat entertainment app to be a hit with the Xbox Live audience and further propel Xbox as the leading entertainment destination in the living [room] today [our emphasis].“

Another reason this is interesting is that people love to make fun of the “new” electronic dance music genre EDM (especially Skrillex), which probably just means they have old ears. From what we can tell from the YouTube comments, people also like to make fun of OneBeat, but that’s another issue.

Finally, this is interesting because television has potential to become the ultimate music app platform.

OneBeat’s EDM-centric app, including live performances, is slated to appear for free on XBox this spring, no cable or satellite subscription required. Here’s a sampling of the sort of programming it will feature: 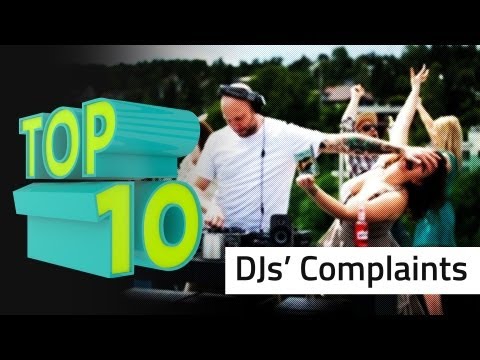