Guitar virtuoso Ron Jarzombek shreds way hard on his new song, “Beyond Life and Cosmic Kinetics, which is great, but that’s not what attracted our attention.

Jarzombek tapped iOS developer Oleg Kolokolov to turn his song into an advanced, well-designed song app that lets the listener adjust the levels — or mute entirely — each of the tracks, or stems, in the song.

In other words, if you love one of his guitar solos more than life itself, you can bring that up in the mix, and you can also toggle between various parts using a clever switching technique. It also lets you cut out one instrument if you want to play along, as well as manipulating the play time.

The app itself is pretty neat, and it’s sort of what Monty Montgomery was hinting at here as a possible next-generation music format that would let the listener (or an algorithm) manipulate each instrument in the mix.

But really, we are most impressed by the video Jarzombek produced to promote it. This is by far the finest music app demonstration video we have ever received through our tips line, and you can watch it here: 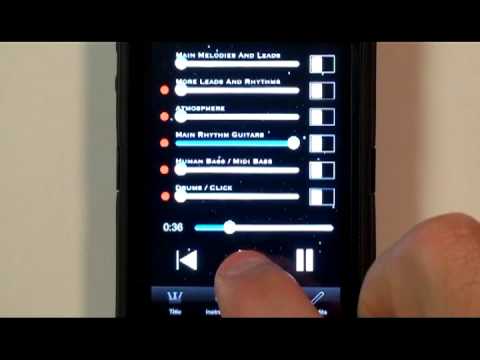