This is what it looks like to browse stations on the web version of Radionomy, but what really impressed us were the online tools for running the stations.

At first blush, you might think the world doesn’t need a new online radio service — not when there are already so many of them, and they’re already so good at what they do. That’s what we thought too, until we delved into Radionomy’s unique offering, which rolls out to United States users for the first time on Tuesday.

To use today’s handy “it’s like X but for Y” formulation, Radionomy is sort of like college radio (as in you can broadcast music with it without going pro), but for the world in which we live in today (because college radio is pretty much over). And with money.

Based in Europe, Radionomy attracts over 92 million listening sessions per month from 13 million unique visitors to about 7,000 hand-curated stations. It lets anyone build a professional(ish) radio station using their MP3 collection, 80K songs already on the server, pre-recorded news segments, station identification files, a handy online calendar scheduler, and even live announcements — as in you can press a button and interrupt your radio station’s stream with breaking news or whatever pops into your head.

It’s radio — like, real radio — but on the internet.

The service is free for both broadcasters and listeners. Radionomy pays all of the proper SoundExchange royalties, and inserts four minutes of advertising per hour. If your show gets popular enough, it could pay. Radionomy offers to split ad revenue with broadcasters, who sometimes earn over $5,000 per month, according to what Radionomy vice-president of business development Thierry Ascarez told Evolver.fm by phone.

This is not a joke. Radionomy has partnered with TargetSpot (“the largest digital audio advertising network”) to sell ads on these stations.

“The main idea of Radionomy is to change the way people are creating and managing online radio stations,” said Ascarez. “We are a global platform, accessible anywhere. We are entirely free and entirely online. So basically, what we offer at first is all the tools for any internet user — especially professional, semiprofessional, or even organizations — to create their own radio station. By that I mean a real radio station, not just a playlist. We give them all the tools to create real programming — the opportunity to access… music [80K tracks but you can also upload your own MP3s], but also jungle libraries, podcast libraries, newscasts, weather forecasts, horoscopes.”

Just like the kingpins in charge of the actual FM dial, Radionomy lets you pull all the strings and tweak all the levers to keep your station running, but through a slick, web 2.0-looking interface for deciding what to play when, how often to queue up the weather report, and so on. You can even set different rotations for each day of the week, and there’s no limit to the number of MP3s your station can cycle through.

Unlike Shoutcast, an old-school online radio platform that still offers something similar, Radionomy doesn’t make you run a server, pay your own royalties, or anything like that. All you have to do is have great taste in music, promote your station, and maintain some degree of organization to keep your programming fresh and avoid dead air. Sounds easy, right?

The broadcasting part certainly is, but of course, if nobody listens, none of this matters. Radionomy offers search and genre lists for listeners, but really, it’s on you to promote your station to fans, who can listen online or in the Radionomy app. For now, managing a station is only possible with an actual computer, although the company did recently upgrade so that the whole thing is in the cloud, rather than requiring desktop software. However, Radionomy is working on app-based managers for that too, which would allow broadcasters even more leeway.

“Breaking news: This sandwich is awesome! Now back to my new favorite band.”

The above-mentioned glitch is annoying — as is the fact that some of the site is in French, even if you set your language as English. However, the idea of allowing people or organizations to make money with their own online radio stations, replete with weather reports, real-time speech updates, jingles, and so on — and allowing broadcasters to manage it all in the cloud and users to tune in on anything that connects to the web or runs apps — is simply too powerful to ignore.

Note: The Create Station function, which was broken earlier, is now online. Apparently, Evolver.fm is the only publication covering this release that tried to use it.

Here are some video tutorials on the broadcasting situation: 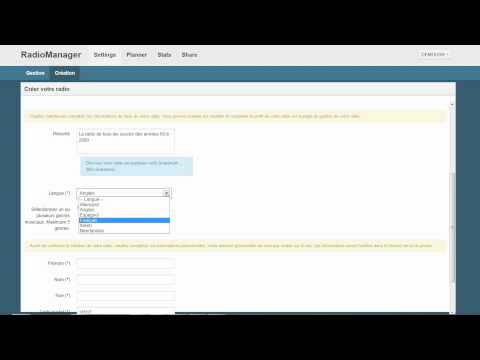 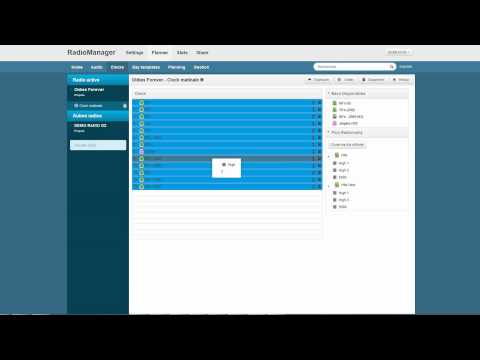