First, it must be said: Many people already DJ with an iPhone, iPod Touch, or iPad. They works just fine in many settings, even without using fancy DJ apps that enable cross-fading, EQ, headphone cuing, and other mainstays of the DJ trade. After all, when most people talk about DJing at a bar or party, they’re basically just cuing up one track after the next — in other words, they’re not really DJing; they’re “spinning,” as in “I spin at this bar every Thursday night because I have good taste in music, not because I am some sort of turntablist ninja.”

You can even approximate a real DJ set-up with an app and a $20 cable.

However, the iPhone and iPod touch — and even the iPad — only let you take things so far, even with a dedicated DJ app and that cable. For a mere $100, IK Multimedia’s iRig Mix succeeds in allowing you to DJ or spin tunes with greater control, primarily because it is a hardware device. But its software is also more advanced, integrating tightly with the hardware to allow all sorts of neat tricks like automatically beatmatching tracks on one iPhone, two iPhones, or even an iPhone and a CD or MP3 player.

Overall, we feel the IK Multimedia iRig Mix is worth its $100 asking price if you throw a lot of parties, spin tunes at a bar, or even DJ casually at a club, though the real pros will always prefer more expensive, higher-fidelity gear. A bulleted list feels like the right format for explaining the deets:

That’s about it. While we don’t foresee any globetrotting, Ibiza-headlining DJs giving up Serato for the IK Multimedia iRig Mix, it finds a sweet spot in between just using an app and springing for more expensive (not to mention much larger) gear, and the price is right for the casual DJ — or for pros to pick up as a conversation piece. 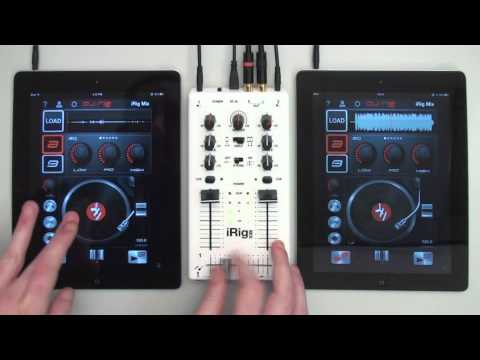 Dozzzer - Music To Drift Off