On paper, Tone Target sounds like a fine way to improve one’s musical ability. This iPhone app displays musical notes moving across the screen, along with a cross-hairs indicator that shows your pitch as you sing, whistle, or play an instrument.

If you sing the right notes, the app scores that as a hit. If not, you get a miss — just like Guitar Hero, except Tone Target lets you use real instruments or your voice. The app tallies your score into a percentage, so you can tell how you did overall. This allows you to progress through various playlists — everything from Ear Training to Guitar Packs to Voice Lessons and songs categorized by difficulty.

Theoretically, this is great, because it’s truly sad how many people are tone deaf. An app like this, which was created by McNally Smith College of Music and AudioFile Engineering, would seem like the perfect antidote, especially now that so many people care about singing due to the success of reality television shows and contests focused on the topic. And look, it comes with over 300 levels, and you can even create your own if you’re a music teacher.

However, Tone Target is missing one crucial ingredient: some sort of test tone to tell you where to start singing or playing. Instead, you’re left grasping helplessly for the starting note, which you can only determine by blind experimentation. Even if you have perfect pitch, you won’t be able to use it here, because the app doesn’t include a treble or bass clef. But for those of us with relative pitch (i.e. most people who know how to play music), the lack of a starting tone to set you up in the right place is a glaring omission.

Even worse, the app failed to detect our  singing in the normal male register (and I used to be a Tenor 1!), although it did manage to pick up our notes higher up on the scale. But by that point, we’d already had it with this app. Given the low amount of patience that people have with apps that fail to work perfectly right out of the box, so to speak, we can’t recommend Tone Target, even at $1.

Perhaps we were doing something wrong, or there’s too much background noise (our office features a fairly loud air conditioning hum today). Observe, as various musicians demonstrate the app by playing Edvard Grieg’s “Hall of the Mountain King” from Peer Gynt, wherein it seems to work just fine: 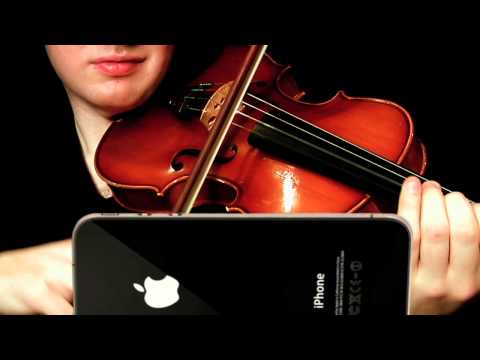