Facebook can already use your Likes to make ads showing that you endorse something -- and that's Facebook the private company. What will happen when shareholders demand growth, year after year, forever?

Even before it goes public in May, Facebook regularly freaks out its users with changes to how it shares their information. So far, we have kept using it anyway, even as tutorials on how to deactivate those changes go viral within Facebook itself.

The big question, once Facebook goes public, will be whether pressure from stockholders will force it to go too far with our personal information. If so, users’ anxiety may cause them to pull another Friendster or Myspace, taking all their toys and heading to another network that doesn’t have to deal with shareholder pressures.

Ironically, one reason the leading social networks of the past went down so quickly may have been that they facilitate the spread of invites to a replacement social network. In much the same way that people today share tutorials on how to prevent themselves from appearing in Facebook ads when they like something, people could share information on how to join Diaspora or some other network that includes similar features but with more of an emphasis on privacy.

Mark Zuckerberg famously thinks that the lines between public and private should be redrawn so that we’re more open and transparent about who we are and what we are doing — and that his social network is where we should do that. However, humans throughout history have traditionally had a separation between their private and public lives.

Is our collective psyche ready for Zuckerberg’s vision of sharing much of what we’re thinking, feeling, reading, listening to, or watching with not only our friends, but advertisers and third-party app developers too?

As GreenCrest Capital chief economist Max Wolff put it in a Huffington Post article today, “To some extent, Facebook is a user-generated product going public, so 800 million people are about to watch their intimate life go public.” Exactly.

Shareholders demand growth, which can cause companies to expand too far or too aggressively even if it hastens their own downfall. Having shareholders makes it hard or impossible for a company to simply keep on doing what it has done well, because Wall Street demands expansion, year over year, forever. At some point, pressure to increase shareholder returns could lead to poor decisions about what happens with our data — already a sensitive issue with huge swathes of Facebook users, many of whom keep using it anyway. This is going to be a tricky balancing act indeed.

Incidentally, Facebook vice-president of partnerships Dan Rose revealed at Midem earlier this week (watch the midemblog interview below) that so far, music fans have shared that they’ve listened to over five billion songs through Facebook in the past four months. In a neat parallel, Facebook expects its IPO to raise $5 billion or more — about a dollar per song. 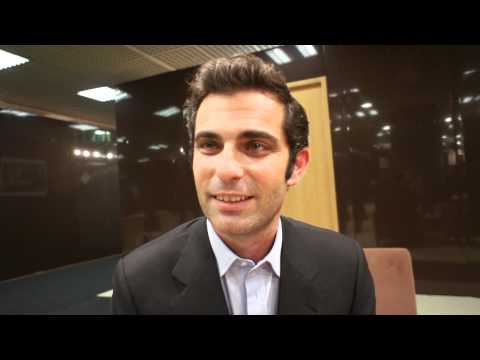