Daft Punk uses it. Deadmau5 uses it. Nine Inch Nails uses it. Now you can use it too — or try to, at least. The Lemur multi-touch application for iPod from Liine, which also makes hardware and computer controllers, is probably the most comprehensive MIDI/OSC multi-touch controller available today. (We say “likely” because we generally focus on stuff for civilians, rather than hardcore musician’s tools like this.)

For the uninitiated, Lemur is a controller that can send commands to everything from stage lighting gear to DJ software on a computer. The “controller” part means that it doesn’t contain any sounds itself — instead, Lemur is an all-in-one utility for controlling stuff on other devices or in other software. By way of analogy, one might consider Lemur more akin to a bow than a violin.

Thanks to the iPad’s multi-touch interface, Lemur allows multiple points of contact on the screen, marking a big interface improvement over the basic, single-point maneuverings that a mouse allows. The Lemur app is also significantly cheaper, even at the relatively high (for an app) price of $50, than the hardware version. Most aspiring musicians could not get their hands on the original Lemur system, released in 2004, because it cost around $2,000.

From the start, Lemur, which Future Music Magazine called the “innovation of the decade” of 2000 to 2010, was reserved only for the best acts (which sometimes obtain sponsorships) or those with very deep pockets. The iPad version, released in December, widens its appeal considerably.

In a nutshell, Lemur is an interface builder for electronic instruments with an insane level of customization and control for manipulating DJ loops, live music applications, music production software, and lots of other stuff. For example (and to keep it simple), a DJ could use it to create virtual knobs, sliders, and pads and connect them to certain changes in rhythm, pitch, timbre, or a number of other audio variations from a sequencer, keyboard or other MIDI/OSC device. Crucially, those virtual controls are imbued with real-world physics so they feel real.

For those new to the concept, Liine developed several tutorials, videos, and templates. We included a couple of the videos below; the rest are on Liine’s support page.

So, what’s the big deal?

Lemur is the pinnacle of controller technology, and it now costs just $50 plus the cost of an iPad, if you don’t have one (preferably as new an iPad as possible, because you’ll need all the processing speed you can get; you’ll also want to use USB MIDI to minimize latency). While the world has seen imitation applications and simpler controllers (see TouchOSC), nothing approaches Lemur’s depth.

Lemur is a professional iOS controller app that doesn’t cut any corners. It lets you control anything, any way you want. Total flexibility means it can go as deep as you need it to. Lemur can control DJ software, live electronic music performance software, studio production software (DAWs), VJ software, visual synthesis software, stage lighting and more… The physics engine, which can make faders and balls bounce, is entirely unique: allowing anything from a slight organic feel to absolutely chaotic modulations.

We’re not going to dive into every conceivable way one can use Lemur; suffice it to say that it can control anything that can be controlled by a MIDI or OSC, and it’s way cooler and probably better than whatever else you might use.

To be fair, this little slice of technology heaven is not for the faint of heart. Even my background in advanced music production was not enough to let me dive into a full-fledged Lemur marathon without added preparation. Depending on what you want to control, you’ll also need MIDI/OSC devices and/or software (Logic, MAX/MSP, Modul8, or Cubase) and an understanding of how those software platforms connect to Lemur. The user guide helps.

In short, the iPad version of Lemur is a big deal because it represents a massive price markdown from the bespoke-hardware version. Yet another important technology has been thoroughly democratized in price, if not out-of-the-box ease of use. It’s a professional-grade tool suitable for the big stage or professional recording studio — and again, it’s just fifty bucks now.

Anyone with an iPad, a little money to burn, the appropriate companion devices and/or software, and — perhaps most crucially — the time and desire to learn Lemur’s ins and outs could clearly become a member of the next Glitch Mob. 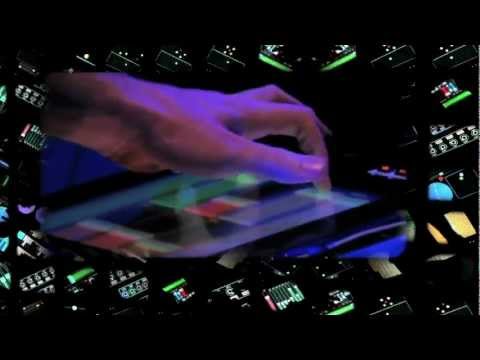 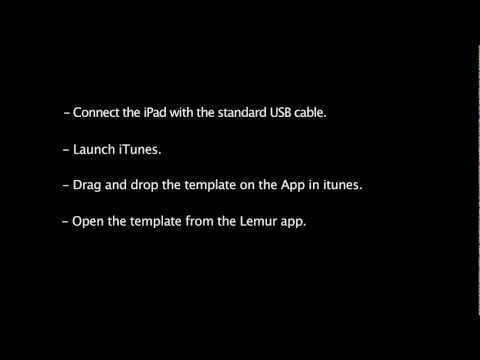