A January 16th Forbes Magazine cover story paints Spotify co-founder and CEO Daniel Ek as one man who holds the future of the music business in his hands.

We’ll spare you the paraphrasing and jump right in to the juiciest details from Forbes, because what’s the fun of following up on someone else’s article if you don’t take things out of context?

We kid, we kid… nonetheless, here are the juicy bits:

“Superstar bands like the Red Hot Chili Peppers — formed the year Ek was born — now trek to Sweden to kiss the ring; he sits shotgun in vintage cars with Neil Young (his iPhone boasts a picture of them cruising in a white 1959 Lincoln Continental); he texts breezily with Bono.”

“The two facets of Spotify — music and technology — were introduced to Daniel Ek at age 5, when over the course of a few months he received a guitar (his mother’s parents had been an opera signer and a jazz pianist) and a Commodore 20 computer (his father left the family when Ek was a baby, but his stepfather worked in IT). He was a natural at both instruments. Within two years he was writing basic code as MTV played in the background of his family apartment in the rough neighborhood of Ragsved (known to the locals as ‘Drugsved’).”

“Sitting in two different rooms at Ek’s apartment, the pair yelled out possible titles for a music site — without even yet knowing what it would do — when Ek misheard one of Lorentzon’s suggestions. He typed the word ‘Spotify’ into Google. There were zero hits (today: 64 million).”

“Ek still holds about 15 percent of the company [which is valued at $1 billion or so]. Thanks to all that seed money, [co-founder] Lorentzon owns some 20 percent.”

“…the initial music licenses expire in two years, and Ek must deliver enough cash flow to prevent the labels from demanding higher royalties — or pulling out all together. (So far, Spotify has paid them about $150 million.)… [the major labels' estimated 20 percent stake in Spotify], while significant, [isn't] enough to automatically quell an insurrection. Ultimately Ek needs to change the power dynamic before the licenses are up. He has two years to make Spotify the world’s dominant music source, a hitmaker so big no label or artist can afford to opt out.”

That last bit should be the most worrying for Spotify. For those of us who have long been aware of Spotify and similar subscriptions (MOG, Rdio, and veteran Rhapsody, which now has over one million American subscribers, more than double Spotify’s figure), it can be easy to forget that CDs are still a popular format; many of the people who made the leap to the iPod never update its music; FM radio is still a force to be reckoned with; and plenty of people don’t really care what they listen to one way or the other.

As a result, if Spotify really needs to become “the world’s dominant music source” within the two years if it wants to stay in business, it still has a long climb ahead — especially because if it fails, the labels can let other companies take similar risks only to pull the rug out from under them, too.

On the other hand, some doubted whether the service would ever launch in the United States too, especially after Warner Music Group pledged never again to license a free, ad-supported music service after its imeem debacle. Spotify has been attracting loyal fans here since last July. 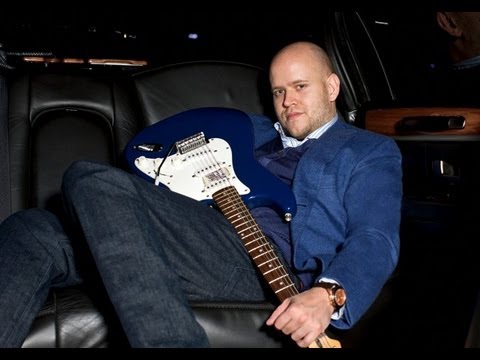