Did you miss the live webcast announcement of Google Music?

Forget about the live blogs — they never read properly after the fact. Here’s our quick checklist of what Google announced today, so you can decide whether Google Music is worth a try (you might also check Google’s official blog post).

Google Music is only for U.S. residents. The music store and music locker are available on the web today, and the Android 2.2 version rolls out to smartphones over the next few days.

If you want to use it, download Google Music Manager (Linux, Mac, and Window) and upload up to 20,000 songs into your Google Music locker. This is the old “Music Beta by Google,” except that now, it doesn’t require an invitation. The locker is free.

“Other cloud music services think you have to pay to listen to music you already own — we don’t,” said Google product manager Paul Joyce. Ouch and oucher.

You can upload any song by any artist — even those on services that are not part of the Google Music store, like Warner Music Group. However, unlike Apple iCloud, Google Music makes you wait as all of these songs upload, rather than mirroring them, so clear your calendar.

The Google Music store is part of the Android market, and includes over 13 million 320 Kbps MP3 songs from three major labels and thousands of indies, but nothing from Warner Music Group. Google’s Zahara Levine, director of content partnerships for Android, who successfully negotiated to get Warner on YouTube a few years ago, said the Google Music store is “add[ing] new tracks as fast as we possibly can,” indicating that Warner could be coming later. (One response: if you really want tracks from a Warner artist, buy them from Amazon MP3 or, more cynically, you might check bit torrent, MegaUpload, etc.)

The Google Music music store is at market.android.com, or you can access it from a smartphone running Android 2.2 or later.

Any band can pay a one time fee of $25 to set up their own artist page in the Google Music store. They can add as many songs as they want, and change their music’s metadata as much as they want, without waiting for the changes to be approved or paying Google again — other than the 30 percent of each sale that Google claims from each sale. That cut is par for the course, but the one-time fee of $25 means that in many cases, it’s cheaper for bands to distribute in Google Music than on other stores.

Whatever you buy, it goes into your locker immediately — no surprise there either. The coolest feature is definitely that after you buy an album, you can share it with your friends, even if they don’t use Google+. Simply enter Google+ names, or even entire Google+ Circles and they’ll be able to play each song you bought, once, in its entirety. Or, you can share with all your Google+ contacts, and only the ones in your Circles will be able to play the full version.

We thought Google senior product manager Michael Siliski said during today’s announcement that it is possible to share purchased tracks with anyone with an “email address,” but that does not appear to be the case (see image to the right). Maybe he said “gmail address,” meaning that they also have a Google+ account. Either way, you can only share these single-play complete songs within Google+, so far as we can tell.

If you buy an album, you can share the whole album with them in the same way, and they can hear the whole thing. (This is almost certainly what drove Warner nuts.)

Indie bands (or, we assume, major label ones too) can add a link to their YouTube videos that goes to their artist page on Google Music, which is pretty much as we suspected, but still, a nice touch.

Teenagers and recovering credit card debtors who use T-Mobile don’t need credit cards to buy music there, because the store can bill their cellphone accounts instead, as they can with app purchases.

If you use an Android device, you can “pin” any artist, playlist, or album so that it can be played back without an internet connection. This is a crucial feature for any cloud music service, now that most carriers limit the amount of data new customers can stream each month. (Maybe February should be “stream music month.”)

The store recommends stuff it thinks you’ll like based on what’s in your locker. In addition, human beings at Google (“our music geeks,” almost certainly led by former Rhapsody vice president Tim Quirk) pick stuff they really like for you to check out.

Google Music features some exclusive audio and video content, like six Rolling Stones concerts, exclusive video interviews with bands, and a “free song of the day” picked by staffers. This is key, because for the most part, every digital music store has an identical catalog.

Why would Google want to sell music in the first place? Read more about that here.

Or, if you’re curious, here’s today’s announcement in full (artist hub details below): 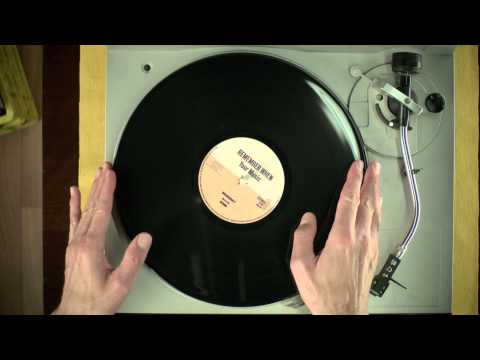 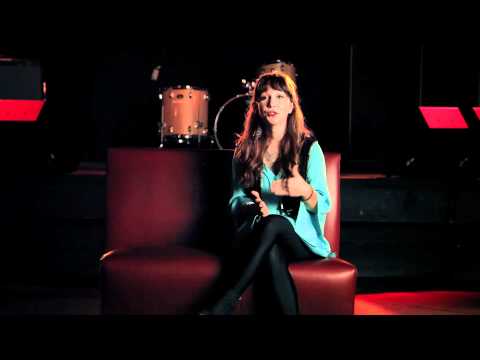