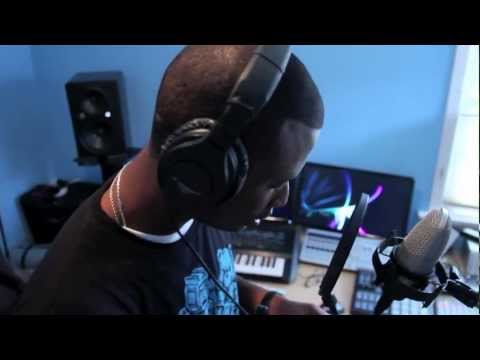 Ignore, if you can, the cheesiness of the above video, which was clearly made in Los Angeles judging by the LA-ness of its people. Focus instead on what this DimSong app is doing: altering the way music sounds based on the iPhone’s accelerometer, touchscreen, and camera.

Created by VenLabs (based, of course, in Venice, California), whose founder Daniel Lehrich made the DJ’s answer to Guitar Hero, Scratch: The Ultimate DJ, DimSong is a free app for iOS that comes with three electronica songs, with six more available for purchase at a buck a piece. Ignore the music too, unless you like it, in which case, great.

What’s so cool about DimSong is the way it joins music to reality. By shaking, touching, or exposing your iPhone or iPod Touch to light, you affect a meter in the center of the screen. The higher that meter goes, the more elements are added to the song. Leaving the phone alone strips out most of the instruments from the song; shaking, touching, or increasing the light level adds more elements, and raises the “intensity, density and energy” of the song.

We’re still waiting for someone to build an app that uses the smartphone camera to sync music to our windshield wipers. In the meantime, DimSong will do.