Google announced a cloud-based music service at the Google I/O conference in San Francisco. The free service, Music Beta by Google, now open to the public by invitation only, duplicates already-widely-available functionality by allowing users to upload up to 20,000 music files to a central server and stream it to computers and Android devices — the latter with a Music Player app, also officially announced today.

According to sources cited by Billboard, Google had hoped to let users “beam” their digital music collections into a cloud-based locker system by recognizing the files and mirroring them in the cloud. Google has a reputation for getting what it wants, but instead, due to a reported breakdown in negotiations with major labels Sony Music and Universal Music Group, Music Beta by Google appears to lack music licensing for its Music Beta.

As a result, Google was forced to offer a stripped down version of the service, which basically functions like an external hard drive in the cloud rather than as the full-fledged subscription-and-storage music service that the company wanted to unveil.

This is no minor point, but rather, it carries implications for everything from continued P2P usage to how we purchase (or don’t purchase) music in the years to come.

“We’ve been in negotiations with the industry for a different set of features, with mixed results,” Google director of content partnerships Zahavah Levine told Billboard on the eve of the announcement. “[But] a couple of major labels were less focused on innovation and more on demanding unreasonable and unsustainable business terms.”

In other words, labels wanted more from Google for its music service than even the famously deep-pocketed search-and-services behemoth was willing to pay. Their reticence to come to terms with Google on a full-featured cloud-based music service could have an unwanted side effect: to preserve current music fan behavior during this much-anticipated move to the cloud, which some within the industry had hoped would lead to new sources of revenue.

By encouraging users to download MP3s to their computers and then upload them to the cloud, the labels could be maintaining the relevance of P2P and other forms of file sharing. Rather than adding music from a centralized, cloud-based collection, users will be responsible for tracking those files down on their own, whether that means downloading them via bit torrent, copying them from a friend’s hard drive, ripping them from CD, downloading them from an MP3 blog or purchasing them from online music stores.

If this “passive” music locker model, which has been adopted Amazon and now Google, becomes an industry standard, most of us will continue to listen to music in the same way we have for over a decade, just without having to deal with cables.

Google revealed some additional details about the service (request an invite here):

Video and screenshots courtesy of Google: 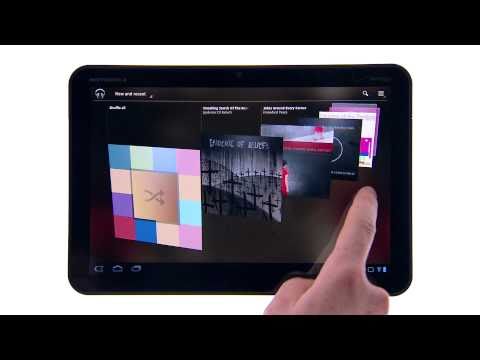